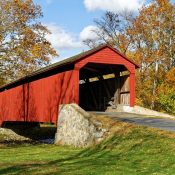 Martha Turk, 91, died peacefully on October 13, 2019. She was born January 6, 1928, in Fayetteville, WV to the late Chester V. and Eulah Tuggle. She spent her childhood in her beloved state of West Virginia, graduating second (Salutatorian) in her class at Fayetteville High School then later received her Regents BA from Concord College in WV. She met the love of her life, Robert, at the YMCA Columbus Dance after she had moved to Ohio. They were married in 1951 and spent 57 wonderful years together until his passing. After moving to Florida, Martha eventually taught at Oakridge Elementary where she was Media Specialist for over 30 years, retiring in 2001. She was involved in Hollywood Hills United Methodist Church, along with the German American Club, Orange Bowl Staging Committee and the Elks. Family and friends played a large part in her life. She loved spending time with her two grandchildren, Michael and Ally. She is pre-deceased by her husband, Robert Turk, survived by son Jeffrey Turk; daughters Susan Turk, and Michele (Jason) Drucker; grandchildren Michael and Alexandra Drucker. Visitation Friday, October 25th, 6-8 PM at Landmark Funeral Home. Funeral Service Saturday, October 26th, 10:30 AM at Hollywood Hills United Methodist Church. She will be laid to rest in Oak Hill, West Virginia.