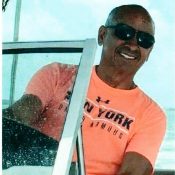 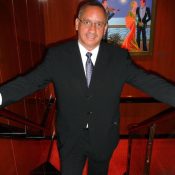 Memorial Mass will be held on Friday June,25, 2022 at St. Matthews Catholic Church, Hallandale Beach, FL 33009 at 10:00 am. Military Honors will be conduct immediately after Service by the United States Navy.

David Cottes, Jr, 69, of Hollywood, FL, passed away March 23, 2022. Originally from Bronx, NY, he proudly served in the United States Navy and later became the Director for Consumer Affairs in New York.

In June 2014,,David retired and spent his time being a dedicated dog dad, leading a healthier lifestyle, traveling, becoming a foodie, taking loved ones out on the boat, keeping up with the latest tech and living his life to fullest every day.

David is survived by his fur babies Roemio and Merlot, his daughter Christina (Jesus) Cottes, his grandchildren Victoria (Bobby), Giovanni (Victoria) and Jessica, his great grandchildren Krystal, Bobby and Oscar, his siblings Jose (Blanca), Dalia (Henry), Lisa (Sal), Osvaldo (Neline), Jackie (Taner) and Irene. He was also a brother-in-law, uncle, cousin and is survived by nieces, nephews and great nieces and nephews. He now joins the love of his life Rosanne and his parents Virginia Ramos and David Cottes, Sr in Heaven.