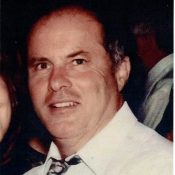 CARL FRANCIS BLASER of Pembroke Pines, 71, passed away on April 27, 2022, in Hollywood, Florida. He was born at Key West Naval Air Station Hospital on April 20, 1951. He is the son of the late Mr. and Mrs. Frederick N. Blaser, formerly of Delray Beach, FL and Glastonbury, CT. Carl was predeceased by his sister LuAnn. He is survived by his beloved wife Debbie Miller Blaser and daughter Katilyn Marirene who he adored. He is also survived by his loving brother Frederick and his wife Caroline; his sisters Cathy Blaser and Meggy Blaser Porte; his nephew Justin O’Brien and nieces Rebie Cruz, Erin and Ashley Blaser.

Carl graduated from Glastonbury High School in 1970, attended Miami Dade Community College and graduated with a business degree from Florida Atlantic University. He was an avid Miami Dolphin and Red Sox fan and loved working on his lawn.

Carl was a licensed Property Manager managing several condos in Broward County, most recently at Costa Del Sol Resort in Fort Lauderdale By the Sea where he enjoyed a beautiful view of the ocean and worked and met many wonderful people. He served on his home’s community HOA as the Director for 18 years. Carl was an avid runner, competing in numerous 5K, 10K and half marathon races. He also completed the Orange Bowl marathon and the first Disney World Marathon (26.2 miles).

Carl was very interested in politics and was always eager to discuss his opinions. He was loving, kind and passionate to all animals with a huge heart to take care of as many as he could….dogs, cats, birds, rabbits and even helped his daughter to rescue and nurse a pigeon and duck back to good health, which took several months.