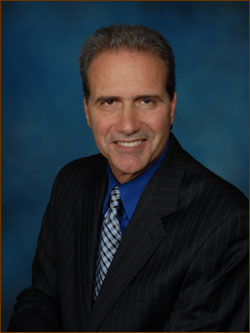 Kevin Stephen Rieth was born in Newark, New Jersey on August 26, 1957 to Donald Rieth and Rose Landolfi Rieth. Kevin moved with his parents and brother Mark, to Hollywood, Florida in 1963. He attended Little Flower Catholic School from 1963-1971 where he was on the Basketball Team and served as an Altar Boy at Little Flower Church. Kevin graduated from Chaminade High School in 1975. He swam for the Hollywood Swim Club and was on the Junior Varsity Basketball Team. Kevin ran for Chaminade’s Varsity Track Team throughout his high school career. Kevin received his Associate’s Degree from Broward Community College and earned his Bachelor’s Degree in Marketing from Florida International University.

Kevin worked for Eastern Airlines in Flight Operations from 1980-1989 as a Crew Scheduler. Kevin was “calm throughout the storm” as he scheduled pilots and flight attendants to meet the everyday demand of time-sensitive airline schedules. After the demise of Eastern Airlines, Kevin returned to school in 1989. He received a degree in Mortuary Science from Miami-Dade Community College in 1991, and completed a one-year internship at Panciera Memorial Home. Simultaneously, Kevin passed the State and National Boards of Funeral Directors and Embalmers; and received his certification and license as a funeral director and embalmer. From 1992 to 2008, as a licensed Funeral Director, he worked at Panciera Memorial Home until that firm relocated. In May, 2009, Landmark Funeral Home opened at the same location where Kevin holds the Funeral Establishment License, Florida Pre-Need License and is the Funeral Home Manager. Kevin is a member of the Association of Independent Funeral Directors of Florida.

In addition to his professional accomplishments, Kevin’s sincere conviction for the success, growth and advancement of the Archdiocese of Miami is evident. He is a very active parishioner of Nativity Catholic Church where he serves as an Usher and is a member of the Nativity Church Men’s Club and the Christian Family Movement.

Kevin’s civic involvement is also commendable. Kevin prides himself in his commitment to the community and has been actively involved as a volunteer with many local businesses, schools, hospitals, nursing facilities and churches. He is a member of the Hollywood Rotary Club, the Greater Hollywood Chamber of Commerce and a past board member of the Hollywood YMCA. Kevin is an avid skier, die-hard Miami Dolphin’s Football Fan, enjoys traveling and spending time with his family. Kevin was the recipient of the 2012 Chaminade-Madonna Alumni Hall of Fame Award.

Kevin resides in Hollywood, Florida with his wife of 33 years Valerie Panciera-Rieth who is an alumnus of Nativity School and Madonna Academy. They work together at Landmark Funeral Home bringing the tradition of excellence in serving others into the fourth generation. Kevin and Valerie have two daughters, Alexandra and Francesca who are Hollywood natives. Alexandra is a graduate of Chaminade-Madonna, class of 2010, attended Florida State University where she attained her Masters Degree in Elementary Education and is currently teaching at Nativity Catholic School. Francesca also graduated from Florida State University and is currently attending Nova Southeastern University for her Masters in Speech Pathology. They are both athletes and involved in numerous community and church activities.

“If you can keep your head when all about you are losing theirs… If you can trust yourself when all men doubt you… If you can wait and not be tired by waiting… If you can dream, and not make dreams your master; If you can think and not make thoughts your aim… If you can meet with Triumph and Disaster and treat those two imposters just the same; If you can bear to watch the things you gave your life to, broken, and stoop to build them up with warn-out tools; And lose, and start again at your beginnings and never breathe a word about your loss… If you can talk with crowds and keep your virtue, or walk with Kings- and not lose the common touch… Yours is the Earth and everything that is in it, and which is more, you are a Man.”

“If” by Rudyard Kiplingolunteering for the Annual Luncheon Fashion Show, the Annual Golf Classic, or working with the Alumni Association; or speaking at a PTA meeting or to our C–M students on Career Day her efforts are tireless. In 1995, she received the Alumni Hall of Fame Award for her dedication to the School and for her achievement in the South Florida community.

As the Director of Bereavement Services for the family’s business she has initiated and developed many programs. These include, but are not limited to, Celebration of Life Ceremonies, professional in-service workshops, bereavement support, pre-need development, marketing, counselor training and public relations. Valerie has formed her own entity in providing self-actualization presentations and motivational seminars to children and to adults of many professions. She is recognized on both the local and national level as a public speaker and author.

In addition to her professional accomplishments Valerie’s sincere conviction for the success of the growth and advancement of the Archdiocese of Miami is evident. She is a Eucharistic Minister and spokesperson for the Archbishop’s Charities and Development for Nativity Parish, a presenter for the Archdiocesan Council of Catholic Women, a member of Catholic Charities and the Christian Family Movement.

Valerie’s civic involvement is also commendable. She is an adjunct professor at W.L. Philbrick School of Funeral Services and St. Thomas University, serves on the Executive Board of Directors and Family Service Advisory Committee for the Florida SIDS Alliance, is a member of the Association for Death Education and Counseling, the Service Agency for Senior Citizens of Broward County, the American Business Women’s Association, and the Broward County Women’s History Coalition. She was recently appointed to the Board of Directors of the Hollywood Historical Society. Valerie was honored by the Mother and Daughter bonding Network as Mother of the Year recipient, 2009. Valerie is also a Greater Hollywood Chamber of Commerce member and ambassador and Hollywood Chamber of Commerce Women’s Glass Ceiling Award nominee in 2009. Valerie was the recipient of the Chaminade-Madonna Founders Award in 1997.

Valerie has been married to Kevin Rieth for 33 years, a Chaminade High School alum, and together they have two beautiful daughters, Alexandra and Francesca. Alexandra is a graduate of Florida State University with her Masters in Elementary Education and now teaches at Nativity Catholic School. Francesca is also a graduate of Florida State University and is currently working on her Masters Degree in Speech Pathology at Nova Southeastern University. As the circle of excellence in educating the mind, body, heart and soul continues in her family, Valerie strongly believes that the Chaminade-Madonna motto, “Toward a Better World,” is more than just words, but rather a way of life.